Costa Coffee, the popular coffee shop has confirmed plans to open a new outlet in Goole town centre in 2015. Wilcock’s Contractors Limited is currently renovating the former North Eastern public house in preparation for opening the new coffee shop on the premises sometime in the coming months.

The lower floor of the North Eastern will be taken up by Costa Coffee and the upper floors are in the process of being converted into flats. It is expected that the new store will create between six to eight jobs and will be run by one of its franchise partners, a local businessperson. 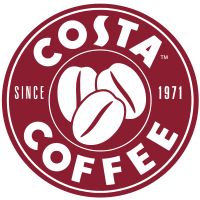